The Process of Running a Load Test

When we think of the process of a load test we often think of it as more of an art with a lot of the perks being those that aid the art. With so many tools to help the load test, it’s no wonder why you can create however many virtual users you want. Not only that, but you can also set the conditions for a much more reliable and powerful load test. The importance of loadtesting is very high because it will determine whether an application will break down under normal conditions. So, if you use these four strategies they will help create a more realistic load test.

While running your load tests, make sure you start all virtual users at different times. If you start them all at the same time, you’ll create bottlenecks throughout the application especially during login. If you use LoadComplete, it allows you to use a load profile that enables you to use a small amount of virtual users at first, then increase over time.

Setting some parameters for further tests can be done as you record a scenario. What you do is enter a few search terms into the applications field. But make sure you don’t play back a test that has the same recorded data for all users, this won’t give you realistic conditions. To get around this problem you need to use variables. Variables store all desired data and any requests can use the data during a test run.

In real life, there are many different browsers that users use and the users bandwidth varies tremendously. You can increase your Internet speed and bandwidth by configuring all of these parameters while creating a load test. This allows you to select different browsers and bandwidth for different virtual users. Some tools like LoadView allow you to run tests in real browsers where others simply used headless browsers. You can also set a “think time” which simulates the amount of time a user is on a page but only thinking. The think time can be randomized for the scenarios to simulate actual users to create an overall better load testing experience.

The easiest way to accomplish this is by having each virtual user execute its scenario and then start over at the end to maintain the level of the load.

If you’ve got a shared web server it’s important to understand that you need to optimize it as best as you can in order to get the most performance out of it. This is even more true if you’re a nonprofit and are on a cheaper donated server. It’s true that finding web hosting for nonprofit organizations isn’t easy, but according to Web Hosting Buddy, it’s possible to optimize your servers so that you don’t notice the delays, even if you’re on a cheaper shared hosting account. 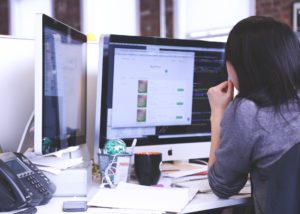 This is the process of subjecting a computing device or software system on demand and gauging its reaction to given situations. Load testing is also done to determine the behavior of a system under peak load and normal conditions. This process is handy when determining the maximum operating ability of a system and identify any module that causes degradation. Stress testing is done when the load is placed on the system to test its capacity to work under peak conditions. This type of load is made to be enormous such that the result is expected to be an error, but the boundary between load test and the stress test is never clear.

As the most common type of testing, load testing is used when an everyday stress is applied on a system to gauge its performance. Load testing is related to its greater, more ruthless brother, stress testing, but load testing has its role to ensure that a given program, function or system can handle whatever it is designed to do, whereas stress testing is to overload the system until it breaks down, applying unlikely or unrealistic load scenarios.

Both of these scenarios are essential and necessary for determining the shape of a system such as a back-end system, or a website can deal with the optimal loads they will regularly encounter in the market. So as to determine the risks involved during break points, stress testing induces this failure. This tool is very useful to determine the behavior of a system when pushed to its limits, and prepare for the unexpected while exploring its performance capacity limits. However, coming to the simple task of ensuring a system can guarantee certain actions and requests it may encounter, load testing is the best method to employ.

In the professional software testing community, the term load testing is many ways. This term may refer to the practice of estimating the usage of a system by simulating the many users estimated to use the system simultaneously. This process makes it relevant to the multi-user state-of-the-art systems. Load testing is all about the creation of simulations in a system when it is about completion, and deployed for users.

So as to ensure a typical QOS performance-based system works well, load testing lets you gauge its work-ability. Almost all frame-work and load testing tools follow this paradigm.

Load testing is a technical process of placing stimulated demand on software in a way that can demonstrate the behavior under different conditions. Before a software development project is complete, it goes through several tests. Load testing is the final stage that shows how well the software can handle the demands. To complete the screening process, it’s best to use a load testing service. It involves putting everyday stress on a software application or on an IT system to see if it performs well under the given conditions. The process ensures that a function or a program handles what is set to control. Stress testing is all about overloading things until they reach the breaking point. However, two processes are necessary, and they are used to determine how good the soft-fronted wares like a website can work with actual loads they are likely to come across by regular use.

Stress testing induces faults so that one can analyze the risk involved at the breaking points, and pick to twist programs to make them break evenly. It is important in preparing for the unpredictable and determining how far an individual system is going. Load testing is the best way to ensuring that a software application network can provide the user requests and activities. Load test allows one to take measurements in the response time, utilization of resources and to check the breaking point of the applications.

The purpose of the tools is to mitigate the risk. The risks involve satisfactory functionality, risk to the company’s bottom-line, or risk to the end users sanity. The three risks are closely related, and it is important for the developer to intervene for the best final results. Focusing on one criterion affects the other factors. Running several load tests in specialized software is necessary. It is not easy to interpret data, especially to the complex human beings. If one does not understand the psychology of a person, it is easy to misinterpret the results. It is vital when performing a load test to know the experience of the end user and imitates what one will come across as a site. Analyze the result and try you best to reduce the occurrence of errors by modifying the system. As the speed of the production, cycles increases most software companies save time and money by focusing on the specific barriers to a smooth and proficient user experience.